I'm in Angers, France at the 8th European Conference on Positive Psychology.  Yesterday I went to a couple of pre-conference workshops and then attended the Opening Ceremony and the first keynote lecture.  The conference venue is lovely, on the edge of Angers Botanic Gardens.  It feels too that the organising group here have put in a huge amount of work to try to make the conference a success ... so many thanks to them.  So why do I say that I found the first day disappointing ... and actually quite worrying?

New meta-analysis tells it like it is: television viewing damages our health

A new meta-analysis in the Journal of the American Medical Association tells it like it is: television viewing damages our health.  The paper's title is "Television viewing and risk of type 2 diabetes, cardiovascular disease, and all-cause mortality" and its abstract reads:

About every three months I meet up with one of my oldest and dearest friends and we spend twenty four hours or so together checking in on how our lives are going and what our plans are - this "work" links to the post "Building willpower: the eight pillars".  Our friendship goes back nearly 30 years and we've been doing these check-in's for a decade or so.  We know each other pretty well!  I'm just back from one of these times and it leads me to think a bit about friendship.

Building willpower: it's like strengthening and nourishing a muscle.

"If you can keep your head when all about you are losing theirs and blaming it on you ..."   "If" by Rudyard Kipling

Mental contrasting: a way to boost our commitment to goals we care about

This blog post is downloadable both as a Word doc and as a PDF file. 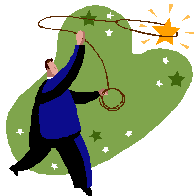 I wrote a post yesterday introducing some of the ideas and research on implementation intentions.  Today I extend this in more practical how-to-do-it directions:

what are implementation intentions?
"Goal intentions" involve aiming for some desired future outcome.  They are of the form "I intend to attain goal X".  Unfortunately we know only too well that making such intentions does not necessarily mean that we will reach our goals.  As the old saying goes "There's many a slip between cup and lip".  A major review of 422 relevant research studies found that goal intentions accounted for only an average 28% of the variance in achievement of successful outcome (Sheeran, 2002).  Subsequent research suggests that even this figure of 28% is an overestimate (Webb and Sheeran, 2006).  The conclusion is clear - forming a strong goal intention to achieve some desired outcome in no way guarantees success.

Recent research: four papers from the Journal of Personality and Social Psychology

I routinely scan quite a few journals every month.  Sometimes it's disappointing and there's nothing in the issue of a particular journal that interests me much.  Sometimes a particular journal contains a bunch of stimulating articles.  January's edition of the Journal of Personality and Social Psychology was a good find.  Below are four papers from it.  The DeWall et al study is on how social exclusion leads to hostility and aggression.  It adds to the large body of research on the very powerful effects of being socially rejected.  Putting "rejection (psychology)" into the top search bar of PubMed today and clicking on "Go" pulls out 2,741 paper