In a recent post - "A project to change long-term interpersonal patterns: at a residential group" - I described a fairly classic example of the sort of tangle I can sometimes get into interpersonally (probably especially in group therapy environments), where others may see me as judgemental, a bit condescending, over-dominant and fairly invulnerable. Besides this being territory that I want personally to understand better and change, I hope that this kind of exploration can illuminate the tricky challenge of changing longterm patterns for others who are interested in this kind of work ... either as "general public" or as "psychotherapists".

It was the great social psychologist Kurt Lewin who made the famous claim "There's nothing so practical as a good theory".  And Einstein touched on overlapping ideas with his comment "It is the theory which decides what we can observe".  And it's theories, models, metaphors, and general research findings that help to drive the frequently helpful cycle of moving from emotion-rich experience, to reflection & learning, to reapplication to further experience, to correction with further reflection & learning, and so on.  The very interesting & useful "Cognitive emotion regulation questionnaire" makes the same point with research underlining the well-known toxicity of self-blame, rumination, and catastrophizing, but highlighting the considerable benefits of a coping style involving "positive reappraisal".  This latter adaptive coping style is picked out by affirmative answers to the statements "I think I can learn something from the situation", "I think that I can become a stronger person as a result of what happened", "I think that the situation also has its positive sides" and "I look for positive sides to the matter".

Two overarching theories that I find very useful for my recent group experience are Arnoud Arntz's brilliant application of Schema therapy for a wide variety of personality difficulties (see, for example, his books "Schema therapy in practice: An introductory guide to the schema mode approach" and the earlier "Schema therapy for borderline personality disorders" ) and Jacobson & Christensen's fascinating "Integrative couple therapy" (see their books "Acceptance and change in couple therapy" and "Reconcilable differences").  These are approaches that I use in my work as a therapist.  As is typical for me, this is at base because these methods have been shown to be excellent in well done research studies.

So I never took schema-based interventions seriously until Arntz's 2006 paper "Outpatient psychotherapy for borderline personality disorder: Randomized trial of schema-focused therapy vs transference-focused psychotherapy".  In 2007 I did a four day training with him and I've written fairly extensively about his most recent book ... see "Arntz & Jacob's new book 'Schema therapy in practice': some introductory comments", "Arntz & Jacob's new book 'Schema therapy in practice': links with attachment theory and with therapies for self-compassion", "Arntz & Jacob's new book ... rescripting traumatic memories" and so on.  In 2013 I did a one day update workshop with Arnoud looking at the extension of these schema methods to a wider set of personality difficulties and other longterm problems as well ... see "BABCP spring meeting: Arnoud Arntz on schema therapy for personality disorders".  And last year the American Journal of Psychiatry published his excellent paper "Results of a multicenter randomized controlled trial of the clinical effectiveness of schema therapy for personality disorders" which demonstrated the effectiveness of this approach for a wide range of longterm maladaptive intra- and inter-personal patterns in a comparative study with an active control.  The research also highlighted that therapists, who want to get good results using these methods, would do well to roll up their sleeves and get involved with actual practice rather than simply trying to learn from papers, books & lectures.  Here's a rather 'bashed around' and 'added to' version of Arntz's work that I use: 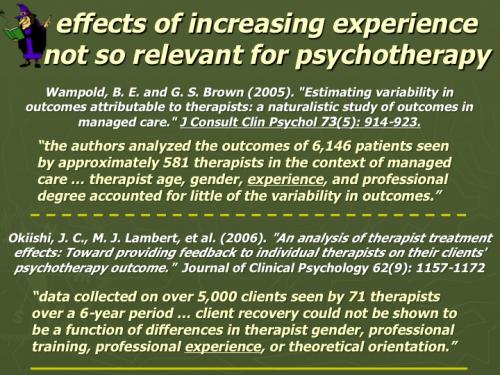 My intention is to explore using these two 'maps' to work on the longterm interpersonal patterns that I've described.  Changing what can be viewed as old 'outdated coping' methods typically isn't straightforward.  As Michael Lambert pointed out on page 189 in his chapter on "The efficacy and effectiveness of psychotherapy" in the rather wonderful "Handbook of psychotherapy and behavior change" - "Aspects of patient functioning show differential response to treatment, with more characterological (e.g. perfectionism) and interpersonal aspects of functioning responding more slowly than psychological symptoms."  And unfortunately it can often seem easier to produce worthwhile improvements in more extreme problems than in milder ones ... although this is no doubt at least partly due to 'regression to the mean'.  Arntz's recent research underlines the unsurprising finding that practical experience (rather than just reading about) using these therapeutic methods can help us become better therapists, so I hope this project to work on some personal interpersonal patterns will have broad benefits.

For more on this exploration see the next post "A project to change long-term interpersonal patterns: building & maintaining commitment".