"One in five Britons has consulted a counsellor or psychotherapist"

I posted yesterday on the first, "Needs" section of the "Needs, beliefs, behaviours" diagram (below).  Today I want to say a little about the second section of the diagram - "Beliefs". 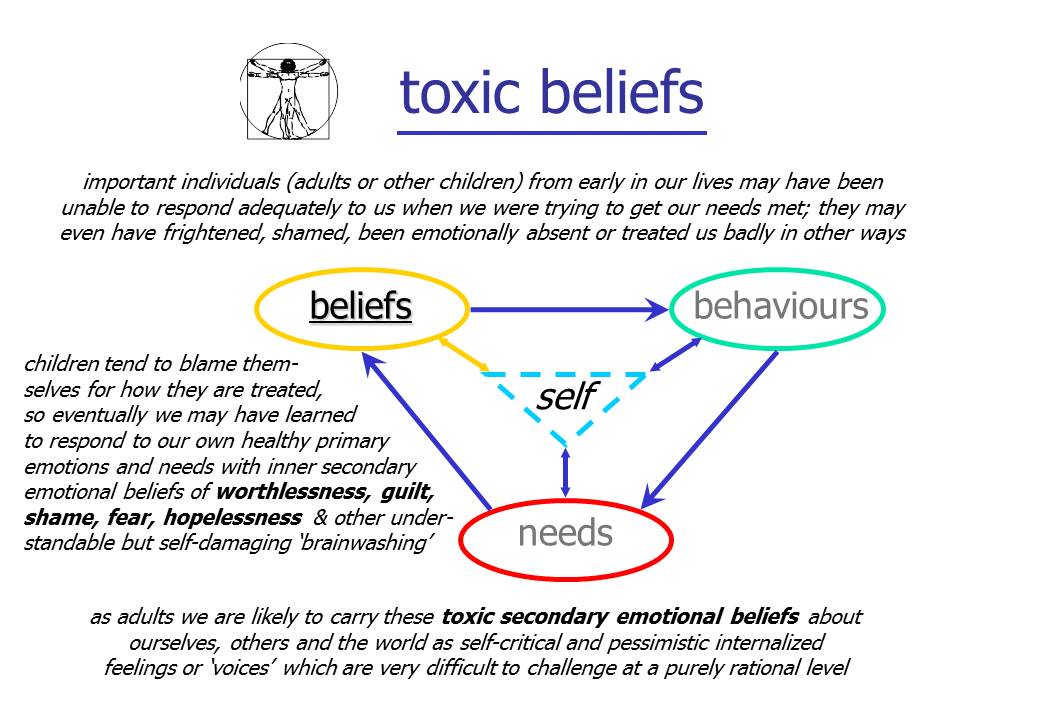 This diagram is downloadable both as a Powerpoint slide and as a PDF file.

This is the first of a series of four brief posts giving more information about a model I use a lot, especially when working with people who are trying to change long term personality patterns.  The ideas aren't at all original, although this particular way of presenting them is my own.  So the first step in the model is "needs".  This is illustrated in the following diagram: 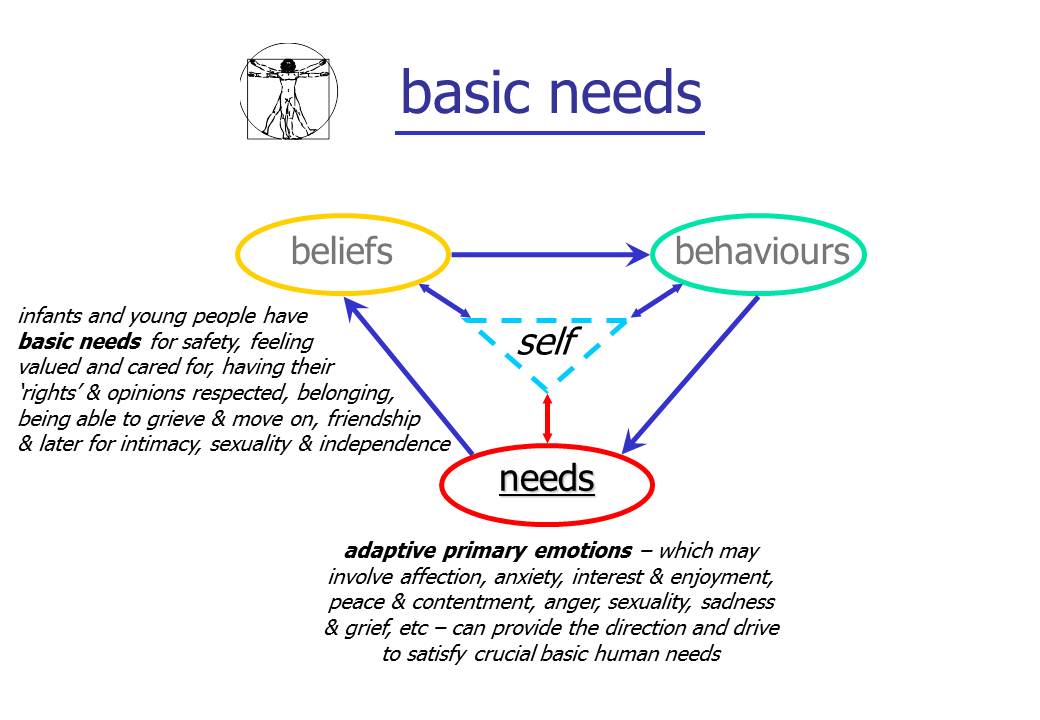 This diagram is downloadable both as a Powerpoint slide and as a PDF file.

I posted last week on the first meeting of this "Opening up" group.  The reflection sheets everyone had filled in after the initial meeting had been copied and sent to all participants, so we already had more material to work with as we started this second session.  I've experimented with different ways of beginning interpersonal group meetings over the years.  In peer groups I usually bid to start with a few minutes of silence.  I find it seems to help people "arrive" and then to engage more deeply, more quickly - it certainly does this for me.

Strong relationships improve survival as much as quitting smoking

The August 11th edition of the British Medical Journal reported: "Having strong social relationships seems to have an effect on survival comparable to that of quitting smoking and larger than controlling traditional risk factors, such as obesity or hypertension. A meta-analysis of social relationships and mortality looked at 308,849 participants aged 63.9, on average, at baseline; 29% died during the follow-up of 7.5 years.  Overall, strong social relationships improved the odds of survival by 50%. Similar results were found for two aspects of relationships, defined by the researchers as structural (integration in social networks) and functional (received or perceived social support), although the link with integration was somewhat stronger.

For many years I have run two kinds of "training group" for clients.  One teaches what can loosely be thought of as "stress management skills".  The latest version of this is the "Life skills for stress, health & wellbeing" course that I have been describing at some length in blog posts over the last three months.  The other kind of group that I regularly facilitate focuses on relationships.  As this group has evolved over the years it has been given various titles.  For quite some time I called it the "Relationships & emotional intelligence" group.  It was an accurate description of what we focused on, but it was kind of clunky as a label.  I've now reverted to simply calling the course "Opening up".  The publicity leaflet reads:

I read a lot of research.  When I find an article of particular interest I download it to my bibliographic database - EndNote - which currently contains over 15,000 abstracts.