Personal ‘retreat’: fourth reflection – our sense of self

I wrote a post yesterday on "Quietening down ... and do we need time to change".  Now it's the fourth morning … I have some sense of my inner world rearranging itself, like shifting icebergs.  That description overplays what feels to be going on … but changes there certainly are, in what I’m paying attention to and in how I’m feeling. 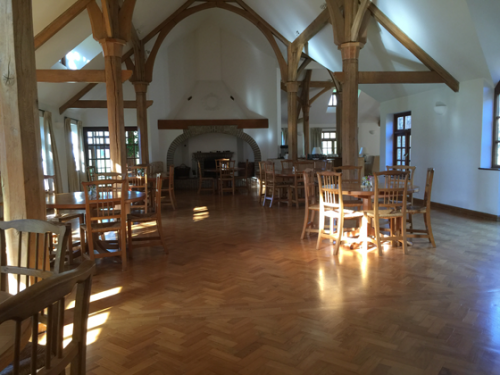 I’ve been looking through Mary Lutyens’s book “The life and death of Krishnamurti” with a review quote on the front saying “Krishnamurti is a riddle, and no-one is better qualified than Mary Lutyens to search for the answer.”  So much of what K. says is fascinating, challenging & potentially helpful.  I’m disturbed though as I read more of his personal story, his and others’ attempts to make sense of what he experienced, and the extraordinary mystical descriptions of his own inner life.

As I understand it, human beings all over the world have reported what can be described as mystical experiences for pretty much as long as we have historical records.  When they try to explain what they have been through, they use the language of their culture and background.  Of course this will tend to be true of Krishnamurti as well.  K. went through profound mystical experiences over pretty much all his life – see for example his “Notebook” which Mary Lutyens describes (p.115) as “one of the great mystical works of all time”.  K.’s own father was a Brahmin Theosophist.  He lost his mother at just age 10, and probably had his life saved by the Theosophical Society in Madras (his family was impoverished and K. was physically & mentally in poor shape).  The Theosophists, as his own mother had done, treated him as spiritually special and put him through a training that was eccentric, powerful, and of its time (early 1900’s India & England).

Although, startlingly & very impressively, K. later rejected the role they had groomed him for as a kind of new Messiah (or Buddha), this split only finally occurred when he was in his 30’s.  He was born in 1895, “discovered” by the Theosophists in 1909, intensively ‘educated’ by them, and finally dissolved the Order of the Star (which was formed to hail him) & obviously broke away from aspects of the role he had been given in 1929.  Remembering that his father was a Theosophist too, that’s a deep acculturation that I don’t think K. would ever have fully lost.

I tend to see through ‘scientific eyes’ and my ability to understand things is highly circumscribed by where scientific research & theory has advanced to so far.  Also, although I’m pretty up-to-date in my key fields of interest (psychological distress, healthy lifestyle, and overall wellbeing), my knowledge is much less sharp in other areas that are relevant here … for example altered states of consciousness and, probably even more relevantly, personal identity & our sense of self.  It shows how relatively out-of-date I am that I am still particularly affected by the great neuroscientist Antonio Damasio’s descriptions of how the sense of self develops … so well described in his wonderful book “The feeling of what happens” published right back in 2000.  I notice his more recent "Self comes to mind" came out a good ten years or so later.  An associated review comments "The epicenter of Self Comes to Mind concerns the neurological basis for cognition and the issue of the superposition of a "self' onto the construct which we address as reality. Damasio is both eloquent and scholarly. His command of the themes he approaches is impressive, as is the vigor with which he tackles such recondite issues as the elusive "self," inside the head. A wonderful read, and a recommended one!"  I intend to revisit this work.

So in a rather rusty way, I understand our ‘sense of self’ as an emergent property in evolutionary development.  It seems virtually certain that considerably less evolutionarily advanced organisms, such as worms or woodlice, do not have this self-sense as humans do.  Presumably the emergent ‘sense of self’ had adaptive survival value, so – in Darwinian terms – it was selected for.  It seems likely too that aspects of this sense of self have changed somewhat over the last several thousand years, that there are variations of this self-sense between cultures, and variations too between individuals, over the course of each individual’s life, and even variations moment to moment as we move through our days.

I say that the sense of self was presumably selected for because it had survival value and served to better transmit genes across the generations.  This doesn’t mean that all aspects of the sense of self are necessarily positive and to be welcomed.  I like an adaptation to the Bible story of Adam & Eve.  In eating from the “tree of knowledge” they saw more fully & clearly.  They even developed shame and were “cast out of the garden of Eden” (maybe a parallel to the present time focused “innocence” of childhood).  Possibly part of this increased knowledge involved greater ability to look back and learn from the past.  This however probably came with less enviable costs like the ability to regret, to grieve and to feel guilt.  Similarly increased skills in imagining & planning for the future can produce obvious biological survival advantages, but also have the shadow side of potentially promoting anxiety, fear & insecurity.  These forms of suffering are shared by us all, and often they are particularly distressing in people with depression & anxiety who I work to help.

There is too the way that a sense of self comes also with a sense of ‘other’, of separation, of comparison, and potentially of competition.  The sense of a separate self varies from moment to moment.  One example of attempts to understand this better is Mihaly Csikszentmihalyi’s well-known concept of flow – see his book “Flow: the psychology of happiness” and links too with the value of ‘engagement’ – see, for example, Grim et al’s 2015 paper “Orientations to happiness and the experience of everyday activities”.  In some ways this self-sense can act like the lenses of my glasses.  Sometimes I’m very engaged with the world and my glasses seem to disappear.  At other times smears or even scratches on the lenses get in the way of seeing clearly.  Being more questioning of and less attached to this self-sense, seems to be a possible benefit of mystical experience.  As too, and possibly more realistically, benefits can develop from better theoretical insight of the self’s emergent nature and practical insight from exercises like some forms of mindfulness meditation, cognitive therapy, and self-observation.  Mm … I wonder if exploring this more … the variability & malleability of our sense of self … I wonder if this could be of real use therapeutically for some of those who come to see me for help, and maybe for myself as well.  I remember years ago listening to a major introductory lecture at an international conference on trauma taking place in Edinburgh.  My memory is that the lecturer, I think a well-known professor from Australia, praised Antonio Damasio’s neuroscientific work on sense of self and suggested these insights could underpin a major step forward in our work as mental health clinicians.  I was very struck by his comments at the time, but I’m unaware over all these years since of anyone seriously developing clinical interventions based on these ideas.  Who would like sudden therapeutic benefit based on changes in one’s self-sense?  Well, well … !?

And see too tomorrow's post on "Being, flow & pure driving".